In this episode, Ben reviews the notable machinima films made in the early years of the Quake II engine, including skits, a talk show, music videos and some hard hitting documentaries.  This ep also reviews the first real-time live performance of a machinima by The ILL Clan at the Florida Film Festival (2003), which was based on their earlier created characters of Cook Carl and Lenny & Larry Lumberjack.

In this episode, Ben reminds us where the story of machinima originated in those early Quake movies which have become classic game-based films.  He talks us through the most notable contributions by the pioneers using the Quake 1 engine.  Tune in next month when Ben concludes the history of Quake with reviews of notables in Quake 2 and 3.  You can find links to the films on our blog and some in our YouTube playlist for History of Machinima.

Ben reviews some of the major happenings during November in the early days of machinima, including Phil and Damien’s first contributions; release of legendary machinima games Halo 2, HalfLife 2, World of Warcraft & GTA San Andreas.  Red vs Blue Season 1 went gold and Second Life’s release of copyright statement are highlighted during this month, plus Hugh Hancock and Paul Marino made it to British TV Channel 4’s ‘The Toon Commandments’. Also a notable mention to Nvidia, whose GeForce FX series of graphics cards was launched in November 2002, signaling the dawn of cinematic computing.  Listen up and follow the links on our blog post.

Quake 2 (Standing in for original trailer the RTX upgrade trailer instead) – https://www.youtube.com/watch?v=unGtBbhaPeU

October is a busy month in machinima history! Ben goes back through the archives and digs out some real gems. Many of the links take you to the Internet Archive, where Ben has been uploading old content as we find it – for posterity and future generations of machinima creators to enjoy.

The Rangers released their first Quake movie, Diary of a Camper, https://archive.org/details/WinQuake919201632722P

ILL Clan released Sorry Mrs. Ioco, a quick production that was created as a test to see how fast they could produce a short film, https://archive.org/details/sorrymrsioco

Starfury posted his first edition tutorial on how to use UT2003’s Matinee tool that is used for re-camming and cut-scene production, http://www.snipersparadise.net/machinima_tutorial.html

Leo “Dr-Nemesis” Lucien-Bay released a teaser trailer for his film Dragons, which premiered at the 2003 Machinima Film Festival, https://archive.org/details/BPS-Dragons-Teaser

The Winners of the 2nd Machinima Film Festival Awards were Fountainhead Entertainment’s In The Waiting Line, https://archive.org/details/Zero_7_In_The_Waiting_Line and Red Vs Blue’s Blood Gulch Chronicles

Game On, a promo piece made with live video footage and fused with a custom UT2004 modification, was made for the Volvo V50 car.  Nathan “MuNansen” Moller was part of the team, who was organizer of 5M NYC,  https://archive.org/details/Game_On_Short_Film

Rooster Teeth Productions (Red Vs Blue) released their first episode in a new series made in Sims 2 entitled The Strangerhood – Why Are you Here?, https://www.youtube.com/watch?v=ipNPktZPkVg

A BDes thesis on machinima was submitted by Cillian Lyons at Institute of Art Design and Technology, Dun Laoghaire, School of Art, Design and Media, entitled “From Drawings to Code, From Thaumatrope to Machinima – How technology has affected the development of animation” (2004)

Riot Films released their Max Payne 2 based film Only The Strong Survive, the first episode in a 3-film trilogy (by Jason Choi and Ricky Grove),  https://archive.org/details/only-the-strong-survive-machinima

Xfire announced the winners of the World of Warcraft Summer movie contest. The grand prize winner was Riot Film’s Edge of No Remorse, https://vimeo.com/channels/riotfilms/76501160

On Sunday, 3 October 2004, artist Joseph DeLappe re-enacted the first 2004 Presidential Debate between Senator John Kerry and President George Bush in the PC online first person shooter game, Battlefield Vietnam.  The performance/re-enactment involved typing into Battlefield Vietnam online the entire transcript from the first presidential debate. DeLappe switched his profile, or name, during the gameplay from “George Bush” to “John Kerry”, as needed, to recreate, through the instant, text messaging system used in the online game, the entire 14,000+ words.  The transcript, used in printed form from the New York Times on the web, were typed into the online gameplay over the course of an eight hour session, visiting multiple game servers in the US and abroad. “John Kerry” or “George Bush” were randomly assigned by the host servers to either the US, South Vietnamese Army or the NVA (North Vietnamese Army) teams during the numerous online game sessions, each lasting from 2 minutes to 1/2 hour. Each game session featured between 14 and 31 other online gamers. There was much reaction from the other players during the re-enactment: from righteous outrage to genuine political dialogue to being kicked several times from multiple servers. The experience was thoroughly exhausting, truly a monumental effort at absurdist, online political theater. 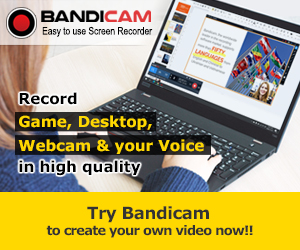 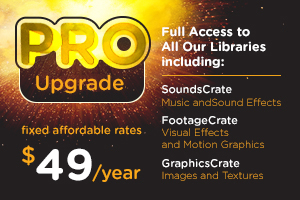