In this episode, Damien, Ricky and Tracy discuss four very different films.  Damien reviews an interesting explainer on witches in The Folklore of Phasmophobia game, Ricky presents us with another of Jae Solina’s tutorials, this time on path tracing in Omniverse, Tracy selects Tiny Elden Ring – yep, its tiny! And Phil, absent due to sickness, ironically picked a satirical Zombie fest, which mixed Walking Dead ‘live action’ with machinima!  The team then discuss that approach to creating films, highlighting some of the key challenges with some more fab examples of films that have used the techniques well.

0:57 The Folklore of Phasmophobia | Modern Mythology, by The Digital Dream Club (released 9 January 2021)

9:51 NVIDIA Omniverse Machinima Path Tracing Test, by JSFilmz (21 June 2022) and a nice little article on the difference between rasterization, ray tracing and path tracing that folks might find interesting, Nvidia says real-time path tracing is on the horizon, but what is it? By Eric Frederiksen, Gamespot.com, 1 May 2022

31:45 Discussion: using live action with machinima footage in films, what are the challenges?

51:20 Tutsy Navarathna’s film, A Journey into the Metaverse and an interview we did with him on the podcast in Season 1 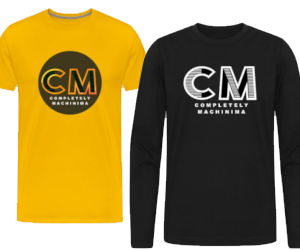